Research from the University of Miami is adding to the discussion surrounding plant-based diets and impact on overall health.

Results of a new study are seeking to debunk the idea men need to adhere to a traditional diet in order to maintain ideal testosterone levels.

Despite the widespread notion consumption of animal proteins are necessary for healthy testosterone levels, this new analysis indicates adherence to a plant-based diet.

“We found that a plant-based diet was associated with normal testosterone levels, levels that are the same as occur in men who eat a traditional diet that includes more meat,” says Ranjith Ramasamy, MD, an associate professor and irector of Reproductive Urology at the University of Miami Health System, in a statement. “The old idea that men needed to consume a traditional diet with plenty of meat to have a healthy testosterone level was based on pure conjecture, not based on evidence.”

With interest and participation in plant-based diets growing throughout the US and other nations, the impact of these diets on various facets of overall health has been, and will likely continue to be, the center of heated debates and discussions. In their study, investigators note some metrics suggest the number of Americans claiming to adhere to a plant-based diet rose 500% from 2014 to 2017.

As such, investigators sought to further describe the associations between the plant-based content of diet and serum testosterone levels in men using the National Health and Nutrition Examination Survey (NHANES). Using NHANES participants with data related to demographics, baseline food frequency questionnaire, and immunoassay of serum samples, investigators identified a cohort of 191 patients for inclusion in their study.

The mean age of the study cohort was 45 years, mean BMI was 28±5.5 kg/m2, and mean serum testosterone level was 546.7±254.7 ng/dL. Keeping with the standard set by the American Urological Association, investigators considered testosterone levels below 300 ng/dL as the threshold for testosterone deficiency.

The PDI for the study cohort was 50.4±6, while the hPDI was 50.8±7.2. Results of a multiple linear regression analysis model indicated both BMI and age significantly contribute to testosterone levels, but neither PDI (P=.446) nor hPDI (P=.056) predicted serum testosterone levels.

This study, “The association between plant‑based content in diet and testosterone levels in US adults,” was published in the World Journal of Urology. 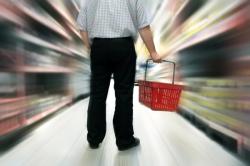 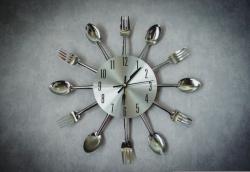