Smoking Linked to Increases in Adipose Tissue, Despite Lower BMIs

Analysis of CARDIA data indicates smoking was linked to greater volumes of adipose tissue and lower muscle quality, despite having a lower BMI.

This article originally appeared on PracticalCardiology.Com.

While smoking has been linked to lower body mass index (BMI), new data suggests patients who smoke were at a higher risk of depositing fat in and around organs and tissues compared to nonsmokers.

An analysis of data from the Coronary Artery Risk Development in Young Adults (CARDIA) study, results indicated smokers had greater volumes of intermuscular adipose tissue and lower muscle quality than never smokers despite maintaining a lower BMI, which could investigators suggest could signal increased risk of cardiovascular disease and age-related physical deconditioning.

"We found that current smokers had abdominal muscles that were significantly higher in fat," said lead investigator James G. Terry, research programs manager in Radiology and member of Vanderbilt Translational and Clinical Cardiovascular Research Center (VTRACC), in a statement. "Smokers also had a higher proportion of visceral fat, the fat around their internal organs, compared to never smokers, whereas those who had quit smoking had intermediate levels of visceral and intramuscular fat.”

Despite public health initiatives and efforts to convey the risks of smoking, clinicians sometimes encounter patients who consider the lower risk of obesity seen amongst smokers as a benefit. Even with this apparent decrease in obesity, some previous studies have suggested smoking was associated with higher central adiposity and ectopic adipose deposition.

With no consensus into the effects of smoking on adipose tissue volumes, Terry and team of investigators sought to test the hypothesis that smokers have higher abdominal intermuscular adipose tissue and lower lean muscle quality than never smokers. To do so, they designed their analysis using measurement data from CT scans of middle-aged CARDIA participants. Specifically, investigators hoped to measure the patients volumes of subcutaneous fat, visceral fat, intermuscular fat, and intramuscular fat from CT scans in year 25 of the study.

At the year 25 visit, 1552 of the 3020 participants were never smokers, 944 were former smokers, and 524 were current smokers. When comparing the groups, investigators found current smokers were less likely to be female or white, had fewer years of education, were less physically active, had higher alcohol intake, and were more likely to consume sugar-sweetened beverages and fasted food than never smokers.

This study, “Association of smoking with abdominal adipose deposition and muscle composition in Coronary Artery Risk Development in Young Adults (CARDIA) participants at mid-life: A population-based cohort study,” was published in PLOS Medicine.\ 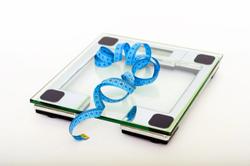