No Risk of Acute Pancreatitis Seen with Incretin-Based Therapies

Results of a population-based case-control study point to a general underlying diabetes effect on pancreatitis risk, rather than a specific drug effect.

The use of incretin-based antihyperglycemic drugs-the GLP-1 receptor agonists and dipeptidyl peptidase-4 (DPP-4) inhibitors-was not associated with an increased risk for acute pancreatitis, according to the results of a Danish study published recently in Diabetes Care.

In fact, researchers led by Reimar Wernich Thomsen, MD, of the Institute of Clinical Medicine, Aarhus University Hospital, Denmark, found that the risk for acute pancreatitis with incretin-based therapies was similar to that seen with other antihyperglycemic drugs.

“Incretins exert their effect by augmenting glucose-stimulated insulin secretion from the pancreas through intestinally derived peptides released in the presence of nutrients in the gut,” the researchers explained in their study. “Stimulation of these receptors may lead to overgrowth of the cells that cover the smaller ducts, resulting in hyperplasia and chronic low-grade or acute inflammation. Thus, there is a concern that incretins may cause pancreatitis and pancreatic cancer in humans.”

“The fact that crude ORs were increased to very similar levels for all antihyperglycemic drugs-given their different modes of action-points to a general underlying diabetes effect on pancreatitis risk, rather than a specific drug effect,” the researchers wrote. “For all therapies, our adjusted models showed that diabetes-related risk factors such as obesity, gallstones, and comorbidity may explain much of the apparent risk increase in crude analyses.”

The researchers adjusted the risk for confounding factors and found that the risk for pancreatitis associated with incretin use decreased from 1.36 to 0.95. There was no increased risk seen among DPP-4 inhibitor users, GLP-1 receptor agonist users, or among users of other antihyperglycemic medication users. 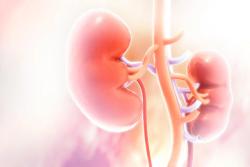