Insulin for All or Insulin for Some? Turning Points for Insulin Affordability, With Diana Isaacs, PharmD, and Lucia Novak, CRNP

Insulin for All has become a multipurpose phrase in recent years. A call to action, the mantra for a campaign from T1International, and, it would seem, the unofficial slogan for the 100-year anniversary of the discovery of insulin. Although the catchphrase is one that has been adopted and used by many in recent years, the consensus among many within the community is that “Insulin for All” is more of an ideal than a reality for so many patients with diabetes.

However, the community has recently seen advances that could permanently alter the landscape of insulin affordability in the future. In recent months, Walmart has announced a partnership with Novo Nordisk and the FDA approved an insulin analog as the first interchangeable biosimilar product approved in the administration’s history. With these developments occurring during the 100-year anniversary of the discovery of insulin, many are hopeful this is the turning point the community has been fighting for decades to achieve.

For more on how these developments impact the cost of insulin, Endocrinology Network to Diana Isaacs, PharmD, a clinical pharmacy specialist and remote monitoring program coordinator at the Cleveland Clinic Diabetes Center, and Lucia Novak, CRNP, a nurse practitioner and co-executive director of Capital Diabetes and Endocrine Associates. That conversation is the subject of the following video, which is the third and final installment in the Insulin for All? How Recent Developments Impact Insulin Affordability feature series. 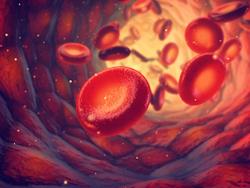