Having 3 or more pregnancies, a shorter reproductive life span, or early age at menopause onset were linked to increased risk of CAD in a recent study.

Results of a recent study into coronary artery disease in postmenopausal women is offering clinicians an overview of reproductive risk factors, which investigators hope can lead to earlier identification and treatment of the cardiovascular condition.

One of the largest studies to examine reproductive risk factors, results indicated having 3 or more pregnancies, early menopause, and having a shorter reproductive life were all independent risk factors for obstructive coronary artery disease in women.

"This study expands our knowledge about the link between reproductive factors such as early menopause and shorter reproductive life span and increased cardiovascular risk. Indeed, there is a growing body of evidence suggesting that early loss of ovarian function results in accelerated aging. Future research should be directed toward identifying ways to delay ovarian aging," commented Stephanie Faubion, MD, clinician at Women's Health Clinic at Mayo Clinic and medical director of the North American Menopause Society, in a statement.

Using women admitted to the cardiovascular department of the Tongji Hospital from between April 2013 and October 2018, investigators were able to identify 2,511 postmenopausal women admitted for chest pain and referred for invasive coronary angiography for possible inclusion in the their study. Of these 974 were excluded due to prior coronary artery disease and 63 were excluded due to missing data. In total, 1474 women were included in the analysis.

“These results provide a new direction for the pathophysiological study of obstructive CAD. The prognosis of women with obstructive CAD is usually worse than that of women with no apparent CAD and nonobstructive CAD, and early intervention is necessary,” wrote study investigators. “Therefore, women with these reproductive risk factors should take precautions as early as possible.” 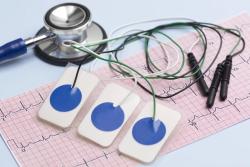