While several methods currently exist for evaluating thyroid nodules, the evaluation and treatment of thyroid nodules with a Bethesda category III cytology AUS  remains problematic. The malignancy rate for AUS nodules is only about six to 30 percent on final surgical pathology, and nodules classified as AUS-A could be at a substantially lower risk for malignancy than those classified as AUS with nuclear atypia (AUS-N).

But despite the relatively low risks, a significant number of patients with AUS nodules will undergo diagnostic and potentially unnecessary thyroid surgery. Thus, efforts to improve the way AUS nodules are treated have focused on identifying clinical characteristics that could be used to better predict malignancy. Led by Minjin Kim, M.D., of Pusan National University Hospital in Korea and published in the February 2019 issue of Thyroid, this study is the first to assess tumor growth for predicting malignancy risk in the AUS-A subcategory.

This retrospective cohort study included 172 patients who underwent diagnostic thyroid surgery for a nodule with an AUS-A cytology between January 2014 and November 2017 at the Asan Medical Center in Seoul, Korea. Over a median follow-up of 52.6 months, researchers assessed the natural growth kinetics of AUS-A nodules by serial preoperative neck ultrasonography (US). Significant growth was defined as an increase of 20 percent or more in at least two nodule dimensions, each representing at least a 2mm increase from baseline diameter or a greater than 50% increase in nodule volume.

The pathologic results showed 112 (65 percent) of patients had benign nodules and 60 (35 percent) had malignant nodules. Researchers found the size of both types of thyroid nodules increased linearly, and there was no significant difference in the growth rates. The estimated median time to significant tumor growth from baseline was not significantly different in malignant nodules (1.92 years) as compared to benign nodules (1.71 years). The results suggest that growth kinetics cannot predict malignancy in the AUS-A subcategory.

“Clinical surveillance based on changes in size on serial neck US has limited value in patients with AUS-A nodules, especially in those without highly suspicious clinical or sonographic features,” the researchers conclude. “Although the nodules of this cohort were not evaluated with molecular markers, tumor growth should probably not be considered a surrogate of benignity in nodules with negative molecular marker test results, as has recently been proposed.” 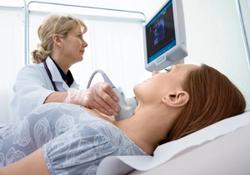 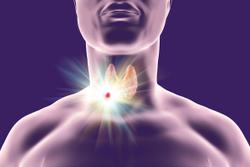 Obesity, Overweight Responsible for 1-in-5 Future Thyroid Cancers in Australia 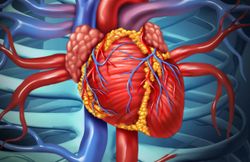