Is thyroid cancer the exception to the rule that alcohol consumption is linked to an increased risk of developing cancer?

Moderate alcohol consumption may be linked with a decreased risk for papillary and follicular thyroid carcinoma, according to the results of a recently published study.

However, researchers led by Abhijit Sen, University of Ioannina School of Medicine, Greece, wrote that "given that many studies have reported an increased risk of various forms of cancer with alcohol intake, the findings of this study do not change the current public health recommendation that if alcoholic beverages are consumed, consumption should be limited to no more than two drinks a day for men and one drink a day for women."

Sen and colleagues looked at almost half a million people in the European Prospective Investigation into Cancer and Nutrition (EPIC) and found that 556 were diagnosed with differentiated thyroid carcinoma during a mean follow-up of 11 years. The researchers examined outcomes among these patients, looking at alcohol consumption and the risk for thyroid cancer.

Those participants who did not consume alcohol had a similar risk for thyroid carcinoma as those who consumed 0.1- to 4.9 g per day. The researchers found that each 10 g per day increase in alcohol consumption was associated with a 9% decreased risk for thyroid cancer (HR=0.91; 95% CI, 0.94-0.98).

In their discussion of the results, the researchers acknowledged that one of the limitations of the study was that "most women in the EPIC cohort, and in most other published epidemiological studies, were consuming low to moderate amounts of alcohol at enrolment or over their lifetimes, which did not allow investigating the association of heavy sustained drinking on subsequent risk of thyroid carcinoma."

Overall, Sen and colleagues recommended that more studies be done to help characterize the underlying mechanisms of the association found between alcohol consumption and thyroid carcinoma risk. 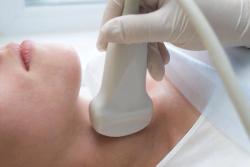 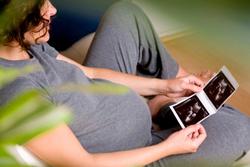 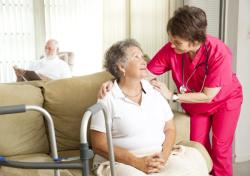