Paul D. Miller, of Colorado Center for Bone Research, and colleagues studied the investigational drug abaloparatide-SC, a peptide that builds bone, for potentially treating a broad population of postmenopausal women with osteoporosis. Study results showed that abaloparatide-SC reduced morphometric vertebral fractures 86%, non-vertebral fractures 43%, and major osteoporotic fractures 70% when compared to placebo and reduced major osteoporotic fractures when compared to open label and FDA-approved teriparatide by 55%. Their findings suggest that if FDA-approved, abaloparatide-SC could potentially increase bone mineral density and protect against fractures consistently across a wide variety of ages and baseline risks, including individuals with and without prior fractures.

Stimulant medications such as methylphenidate and amphetamine are widely used to treat attention deficit hyperactivity disorder (ADHD). These medications, which release and block re-uptake of dopamine and norepinephrine, may affect bone mass. Because childhood is a critical period for bone health, Alexis Jamie Feuer, Weill Cornell Medicine New York Presbyterian, and colleagues were prompted to assess the effects of stimulants on bone mass in this population. The researchers found that children and teens treated with stimulant medications had lower dual-energy X-ray absorptiometry measurements of the lumbar spine and femoral neck than their peers. They also found that children and teens taking stimulants for longer than six months had lower bone density than those taking them for less than six months. “These findings indicate that bone health may be a serious concern for kids and teens using stimulants,” Feuer concluded. “Clinicians caring for children taking stimulants should immediately begin screening them for bone health.”

Chronic use of selective serotonin reuptake inhibitors (SSRIs) can decrease bone mineral density and increase fracture risk in both genders of all ages. What’s more, when breastfeeding, women can decrease bone mass due to the increased demand for calcium. Women were thought to recover from this loss, but new data show that a decrease in bone mineral density occurs specific to the length of time spent breastfeeding. To examine the effects of SSRIs on bone loss during lactation and to see if taking folic acid can decrease this loss, Laura Hernandez, of University of Wisconsin-Madison, and colleagues treated female mice with either the SSRI fluoxetine hydrochloride (Prozac) or saline. They found that mice treated with the SSRI experienced a decrease in their bone volume after three months of weaning compared to the controls. Their data suggested that using fluoxetine hydrochloride during pregnancy and lactation increases serotonin action at the mammary gland, which led to increased bone resorption. They concluded that when using an SSRI when breastfeeding, bone loss may be more extensive, predisposing women to future bone density issues. However, high doses of folic acid may work to reverse bone loss by mediating serotonin’s action on the mammary gland, resulting in increased bone building.

OR01-2 Abaloparatide Significantly Reduces Vertebral and Nonvertebral Fractures and Increases BMD Regardless of Baseline Risk.

OR01-5 Use of Stimulant Medications and Bone Mass in Children and Adolescents: An Nhanes Study. 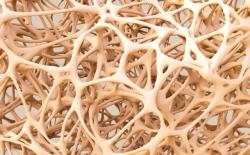 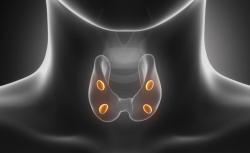 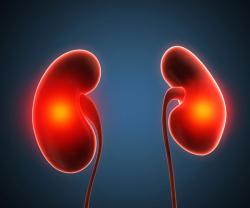