Report: More Than 1 Million Insulin Users May Have Rationed Supply in Past Year

A new analysis of data from the 2021 National Health Interview survey from the US Centers for Disease Control and Prevention (CDC) suggests more than 1 million insulin users across the nation were rationing insulin in the past year.

Results of the survey, which assessed whether users skipped doses, took less than needed, or delayed buying insulin in the past year, suggest 16.5% of insulin users rationed insulin in the past year, which investigators pointed out correlates to a population of 1.3 million people nationwide, and shed light on factors associated with increased likelihood of rationing insulin, including insurance coverage, racial/ethnic background, and being of younger age.

“Although rationing was most frequent among the uninsured, it was also common among adults with private coverage, which often requires higher cost sharing than public insurance,” wrote investigators. “Several factors likely underlie our findings. Insulin prices in the United States are far higher than in other nations. Moreover, pharmaceutical firms have increased insulin prices year upon year, even for products that remain unchanged.”

Citing the results of a single-center study and web-based surveys, the current study was conducted by a team of 3 from Harvard Medical School with the intent of estimating the rate of insulin rationing among insulin users in the US. With this in mind, investigates designed their study as an analysis of the 2021 National Health Interview Survey from the US CDC, which collects data from 1 randomly selected adult in a nationally representative sample of US households.

In the 2021 survey, which had a response rate of 52.8%, respondents were asked whether they had “skipped insulin doses”, “took less insulin than needed”, or “delayed buying insulin” in the interest of saving money. Investigators considered any positive response as rationing. For the purpose of analysis, the study estimated the prevalence of rationing by diabetes type and according to 7 demographic characteristics, including age, sex, income, education, race and ethnicity, health status, and insurance. Investigators pointed out plans to examine the association of insulin rationing with feeling “overwhelmed by the demands of living with diabetes” in the past month.

Further analysis indicated insulin rationing was more common those younger than 65 years than those 65 years or older (11.2% vs 20.4%) and among Black users compared to White and Hispanic users (23.2% vs 16.0%). Disparities in insulin rationing were observed based on income, with rates of rationing of 10.8%, 19.8%, and 14.6% of those in the high-, middle-, and lower-income categories, respectively.

“Previous research, media reports of deaths due to insulin omission, and the established pathophysiology of diabetes indicate that cost-related nonadherence to insulin can have serious, even fatal outcomes. By limiting insulin copays to $35 per month under Medicare, the 2022 Inflation Reduction Act may improve insulin access for seniors, who experienced substantial rationing in our study.” investigators added.

This study, “Prevalence and Correlates of Patient Rationing of Insulin in the United States: A National Survey,” was published in the Annals of Internal Medicine. 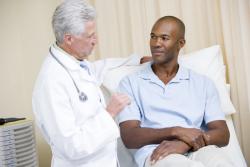