A 44-year-old woman with a history of primary hyperparathyroidism asked her doctor about a number of smooth papules on her face. They appeared slowly over the last several months across her cheeks and nose. They were the same color as the rest of her skin and did not cause her any pain, but their appearance bothered her a bit.

Refer to the differential diagnosis builder on VisualDx here.

See the next page for the answer.

SYNOPSIS
Multiple endocrine neoplasia type 1 (MEN1), also known as Wermer syndrome (and previously known as multiple endocrine adenomas and multiple endocrine adenomatosis), is an autosomal dominant endocrine disorder associated with pituitary adenomas, adrenal adenomas, pancreatic endocrine tumors (PETs), and hyperparathyroidism secondary to parathyroid hyperplasia. Foregut carcinoids (bronchial, thymic, and gastric) are also seen in MEN1. Mutation in the MEN1 gene on chromosome 11q13 is the cause of MEN1. Roughly one-fourth of MEN1 patients will have no family history of the disease, and genetic testing for the MEN1 gene is not always positive.

MEN1 is typically not diagnosed until patients are in their 40s. The hallmark finding is hypercalcemia secondary to hyperparathyroidism. However, patients also frequently present with signs and symptoms secondary to a pancreatic endocrine tumor and may have mildly elevated serum calcium. Cutaneous angiofibromas and collagenomas can be helpful diagnostic clues within the setting of hypercalcemia or pancreatic endocrine tumors. Some patients, however, have few skin findings at diagnosis.

MEN1 is also strongly associated with Zollinger-Ellison syndrome (ZES). In patients with both disorders, the diagnosis of ZES can precede the diagnosis of hyperparathyroidism and the initial diagnosis of MEN1 by many years, sometimes decades. Malignant gastrinomas causing ZES are reported in 20% to 70% of patients with MEN1. Thymic carcinoid tumors can be aggressive, and patients can have a number of different neuroendocrine tumors. Melanomas are also associated with MEN1. Menstrual irregularity and infertility can occur secondary to a prolactinoma.

For more information about this diagnosis, including ICD 10 codes, visit VisualDx.

DISCLOSURE: This quiz was provided courtesy of VisualDx. 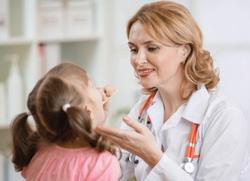 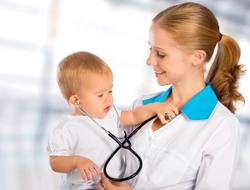 Soy Consumption Has No Influence on Risk of Precocious Puberty, Early Menarche