Diabetic retinopathy is the leading cause of blindness among working adults in the United States, but disease pathways may vary between patients, new research shows.

Diabetic retinopathy is the leading cause of blindness among working adults in the United States, but disease pathways may vary between patients according to a new study.

The study was led by InÃªs P. Marques, M.D., of the Association for Innovation and Biomedical Research on Light and Image in Coimbra, Portugal and published in the March 2019 issue of Diabetes. As the prevalence of diabetes in the United States is expected to increase dramatically. Better understanding of the predominant disease pathways for diabetic retinopathy may have major implications for management.

Ischemia was the only disease pathway that showed correlation with retinopathy severity and metabolic control. In univariate analysis, ischemia was significantly different between ETDRS groups, with eyes in a more severe stage of the disease more likely to have reduced vessel density. In multivariate regression analysis model adjusted for age, sex, HbA1c, visual acuity, and diabetes duration, ischemia remained significantly different between the ETDRS groups and showed significant associations with age, sex, and metabolic control. No significant difference was found between ETDRS groups in neurodegeneration or edema.

“Metrics of retinal vessel density obtained with OCTA in a noninvasive matter, allowing for repeated examinations, appear to identify the eyes/patients at higher risk for increase in severity, thus promoting a larger role for precision medicine in the management of [diabetic retinopathy] in individual patients,” the researchers conclude. “A forward-looking approach consistent with the concept of personalized medicine would be to develop quantitative assessments of these different disease pathways to enable early and individualized treatment.” 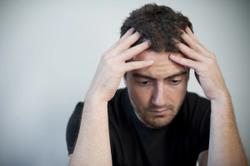