New data suggests bone density measurement follow-ups within 3 years of baseline assessment are unnecessary and a potential misuse of resources.

Results of the study, which included more than 7000 women, concluded a second BMD assessment after initial measurement did not improve the accuracy of fracture risk assessment beyond the initial assessment and these follow-ups should not be routinely performed in postmenopausal women.

With limited evidence for clinical guidance on follow-up intervals for osteoporosis screening in postmenopausal women and a team of more than a dozen investigators from institutions across the US sought to draw more clear determination on the issue. To do so, they designed the current study as an observational cohort study using women from the Women’s Health Initiative (WHI) Study.

The main WHI study, which was conducted between 1993-2005, included more than 160,000 postmenopausal women from 40 clinical centers across the US who were also invited to an extension study conducted from 2005-2010. Of the 40 WHI centers, 3 invited participants to undergo baseline BMD assessments.

For the purpose of the analysis, investigators calculated area under the receiver operating characteristic curve (AU-ROC) for baseline BMD, absolute change in BMD, and the combination of baseline BMD and change in BMD to assess incident fracture risk discrimination during follow-up.

Investigators also pointed out the results of their analyses indicated the associations between change in bone density in fracture risk did not differ by subgroups, including age, race/ethnicity, BMI, baseline BMD T score, or diabetes status. 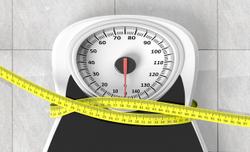 Greater Adherence to Diabetes Guidelines Needed in US Medical Practices