A bisphosphonate drug holiday linked to a 20% rise in hip fractures in older women, according to a new study.

A bisphosphonate drug holiday >2 years significantly increases the risk of hip fractures for older women, according to a new study.

Patients taking long-term bisphosphonates often temporarily suspend drug use to prevent rare adverse events, such as atypical femoral fractures and osteonecrosis of the jaw. However, drug holidays may increase the risk of bone fractures.

In a presentation1 at the European Congress of Rheumatology in Amsterdam (June 13-16), Kenneth G. Saag, MD, professor of medicine at the University of Alabama, Birmingham, addressed the impact of the duration of drug holidays from bisphosphonates on bone fracture rates. He presented the results of a population-based, cohort study of 156 236 women, mean age 78.5 years, on long-term bisphosphonate therapy. Researchers used Medicare data from 2006 to 2014 to identify all women with medical and pharmacy coverage who initiated bisphosphonates and were at least 80% compliant for ≥3 years.

The analysis excluded or censored women who also received other treatments that can affect bone density, including denosumab, estrogen, teriparatide, and calcitonin. Analyses were also adjusted for the possible impact from baseline differences in several demographic and clinical variables.

The most commonly used bisphosphonate was alendronate, used by 72% of women, followed by zoledronic acid, used by 16% of women. During a median duration follow-up of 2.1 years, 62 676 (40.1%) women stopped their bisphosphonate treatment for at least 6 months, and 7947 (12.7%) women who stopped treatment subsequently restarted a bisphosphonate drug.

During follow-up, 3745 fractures occurred. “Hip fractures were lowest among women who were current users, and gradually increased as the length of the drug holiday increased, achieving their maximum with a drug holiday of more than 2 years,” said Saag.

For women taking alendronate, a drug holiday of >2 years was linked with a statistically significant 20% rise in hip fractures vs women who never stopped the drug.

“In a large cohort of US women, a bisphosphonate holiday of more than 2 years was associated with a significantly increased risk of hip fracture of up to 39% compared to continued bisphosphonate use,” said Saag. He also noted that the absolute increase in risk was relatively modest, representing an increased fracture rate of 0.5-1 additional fractures during every 100 patient years of follow-up.

In another recent study2, a retrospective chart review of 401 patients with osteopenia or osteoporosis who began a bisphosphonate drug holiday from 2004 to 2013 found 62 (15.4%) patients developed a fracture during follow-up.

Patients most likely to experience fractures were older and had lower bone mineral density at the beginning of the study. Following fractures, patients were put back on bisphosphonates. 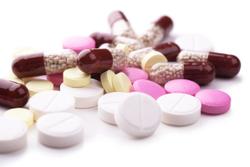 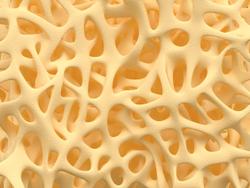 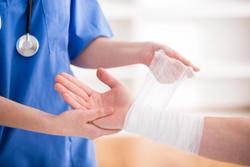 NSAID Use Could Blunt Benefit of Osteoporosis Medications